Welcome to the St Albans and District Model Engineering Society. We are open to all ages for Full Membership, Associate Membership (spouse of full member) and Junior Members.

Benefits include our monthly meeting with talks and demonstrations, our monthly gazette with news and articles, access to the members only section of the website, access to our tracksite and club base, Regattas and events at the lakeside, regular Zoom meetings when physical meetings are restricted, various external coach trips and BBQ events annually, help and advice on modelling and technical problems,and a chance to meet up with a bunch of friendly people interested in all things hobby related.

The Society was founded in 1947 to cater for people interested in Model engineering and all related activities which includes model locomotives, trains, traction engines, stationary engines, model boats, yachts, barges, and general engineering and technical subjects.

The Society has always catered equally for model boating as well as model engineering enthusiasts. In the early days when electric motors were large and inefficient, and small IC engines rather expensive, the main motive power for model boats was steam, so it was natural that it should be strongly linked to model engineering. In the '50's and '60's members of the Society were in the forefront of hydroplane development and running in the UK.
It was nearly 30 years before the Society was able to build a track, located in a school in Harpenden, which served the members well for over 20 years.

After being moved out of this site (So the site can be developed) we had a couple of years without a track, but in 2001 we got a new one, this is the track we are currently using.

We now rent a private track in Chipperfield, which limits us to certain running times.

The Chipperfield track was originally built by the Watford & District Model Engineering Society on land owned by a Mr Peter Bartlett and was officially opened on 3rd July 1949.

They used the track for many years and it passed into the hands of a Mr Ward.  He ran it himself for several years, he had a large East African loco to 5 inch gauge but the prototype was to 3’ 6” gauge so it was very large, very heavy and powerful.  He also had several trucks and a couple of coaches which you could sit astride.  The tunnel proved a very good storage area and could be locked at both ends.  The rest of the ‘field’ was kept in immaculate condition, with a rolled green lawn with the track running around it.

The Society was then in the hands of Bert Saunders as Chairman and Peter Lambert as Secretary.  They were all known to each other and a special invite was made to the committee to have a picnic there on a Sunday in July each year.  I remember being invited myself as I was a committee member.  This was the only time during the year we had an official invitation although I think that some members did run their locos on this track.  Although there was provision for signalling around the track I do not ever remember it in use, but we do have the signal indicators in storage.

On one of these occasions I can recall driving a GWR County Class loco with attendant carriages and a fellow member seated on one of the carriages.  I lost the ‘train’ halfway round and had to reverse up to collect it again, I had to do a frantic 20+ turns of the reversing mechanism for this.  The loco was built by club member Bert Cook who had generously allowed me to drive it.  It was a beautiful loco and a pleasure to operate.

In 1990 Mr. Ward was concerned for the future of the track and offered it to the society for £15,000, quite a sum then but just possible.  The club funds were not enough to cover it and separate money would have to be raised.  When put to the membership it was accepted we should go ahead although there were some caveats as only half the club were loco enthusiast.

As we were dealing with club money it had to be an official transaction and fellow member Chris Young, an active solicitor, drew up the documents and we approached Mr. Ward.  He did not respond for over a year and it was finally ‘rejected’ as I think he wanted a bag of used notes and spit on the ground and a shaking of hands!   What a difference this would have made if it had gone through!

Our own track at the St, Georges school was in regular use but at this time we were asked to make other arrangement as they wished to build on this piece of land.  We decommissioned the track and sold it on to another club who were extending their own track.  There came an interregnum when we had no track at all.

Our Chairman was now Guy Ellerby and the Secretary was myself.  The lack of track had us looking at several sites but I suggested we find out who owned the Chipperfield track now.  There was a lot of misgiving but it was traced by our solicitor to Mr. Tim Weldon. An appointment was made for David Saunders to go and see him and ask about us operating the track.  A very surprised David returned and reported it had all gone very well and we could use the site if we paid his Council expenses.

This was in September 2000.  We set up a working party to visit and in October the survey said it was all in working order but there was significant tree and greenery to remove before it was practical to bring into use.  However the neighbours got very concerned to see people on the site and suspected the worse, I had given reassurances but to no avail.  I was contacted again as they wanted an official meeting to find out what was happening.  We arranged this for one Sunday morning which was also I think our first steaming day at the track.  Sure enough the neighbours came and had their Parish Councillor heading the procession, I went out to meet them and suddenly I said “Is that you Mike?”  He said “Hello Roy” where upon Mike turned back to his entourage and said “Its OK no problem”  Mike and I were previous long term members of another club and knew each other.  Mike Joseph then joined our club, so an unexpected outcome!

It was not long before members were enjoying running round the track and have been ever since. The facilities were improved in 2016 by the addition of new steaming bays and other improvements.

The track is a raised loop, approximately 820' long and is built to accommodate 3.5" and 5" Loco's. We have a small station, tunnel and a gentle incline along the back straight. (Many a Loco can be found sitting there raising steam)

Owing to the track being private property we do not publicise its exact location, but we can state that it is in Chipperfield. If you wish to come along please speak to one of our members at our evening meetings.(See Join).

The club currently has several locos both steam and electric for the use of members who do not yet have their own, and which are also used for public runnings at our exhibition.

Training is given for people wishing to drive a loco on the track.
Four steaming bays have recently been added to the set-up with special transporter to aid moving from car to bay and from bay to track.

More information about the track can be found under Puffing Park Track. 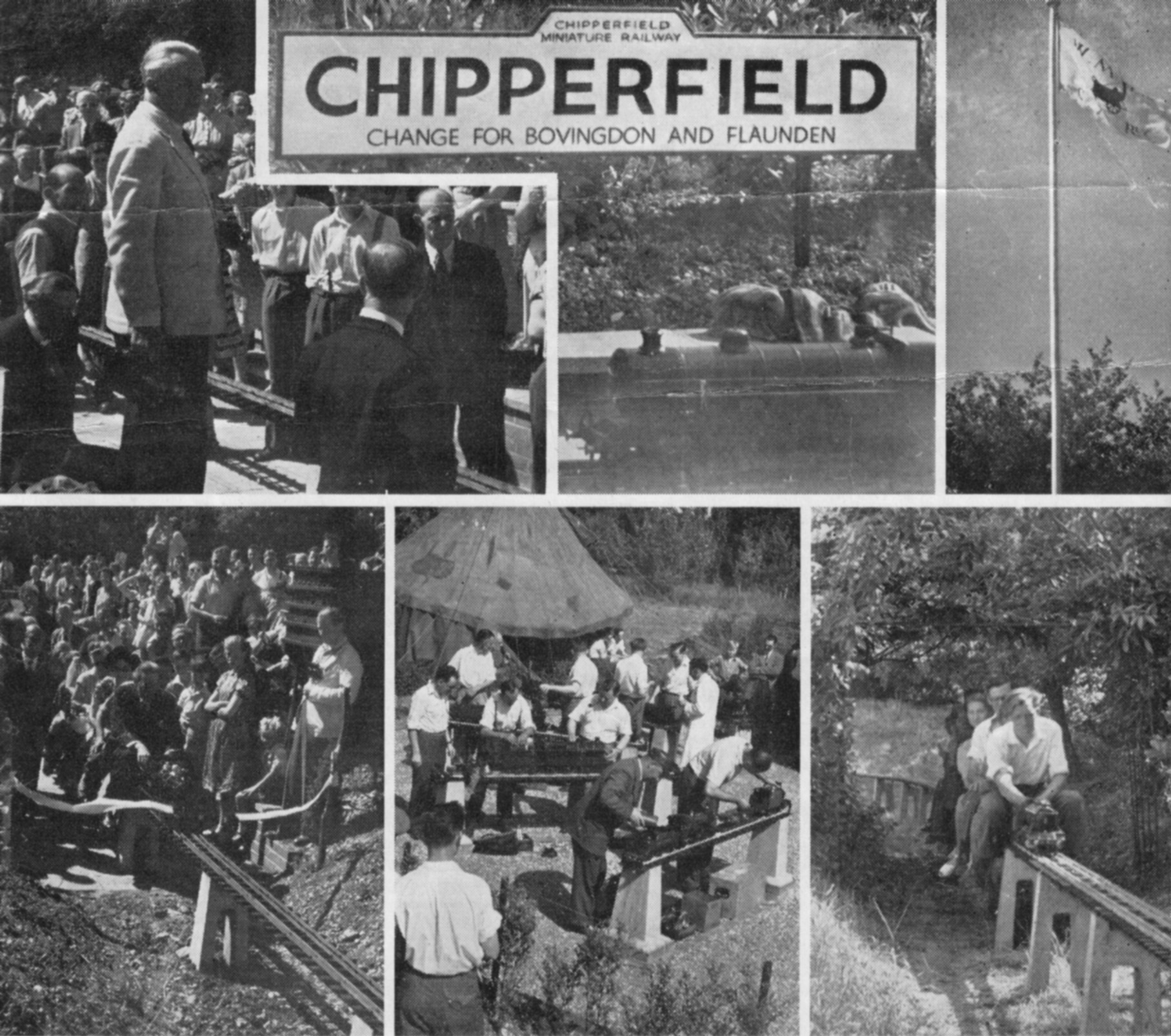 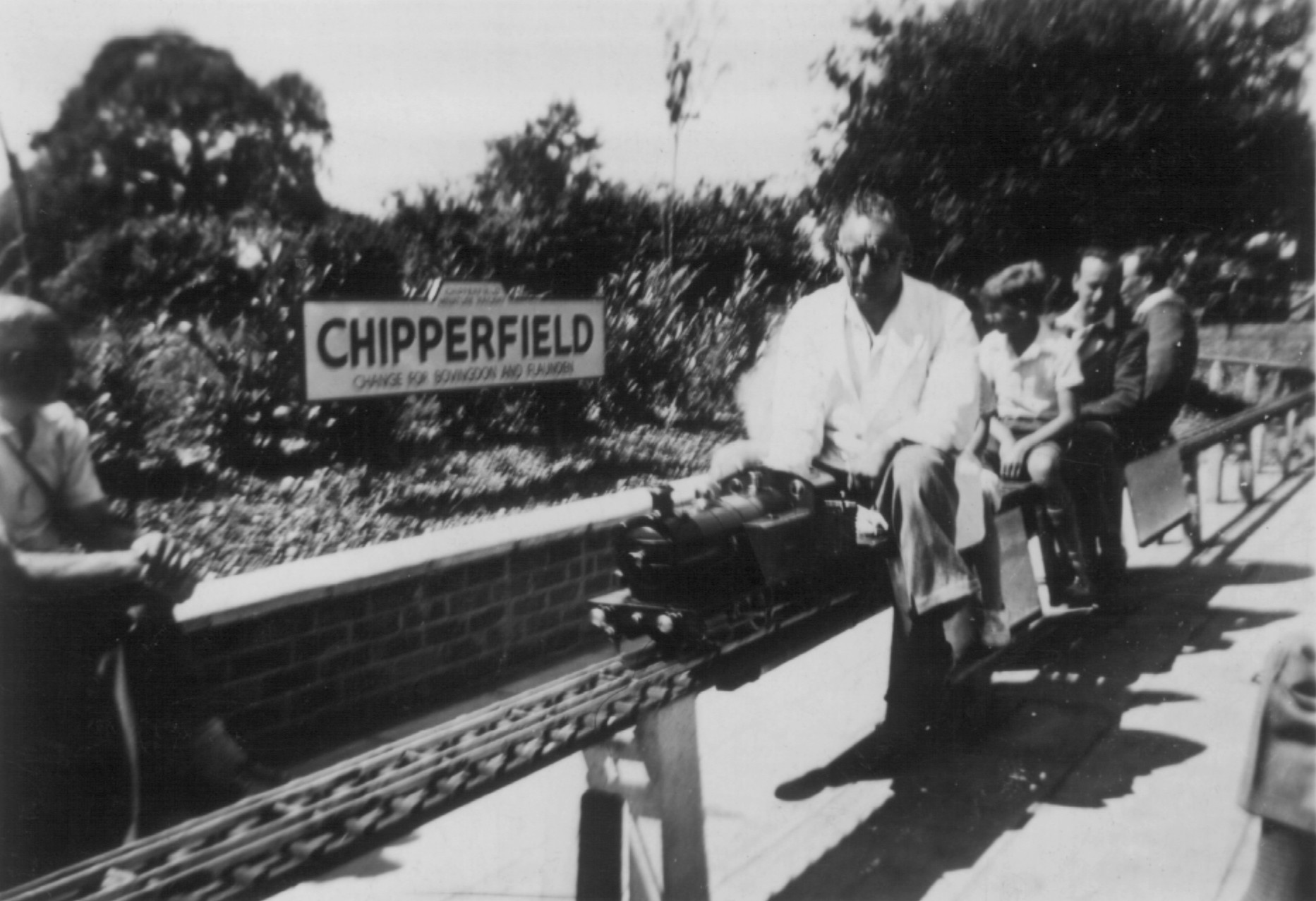 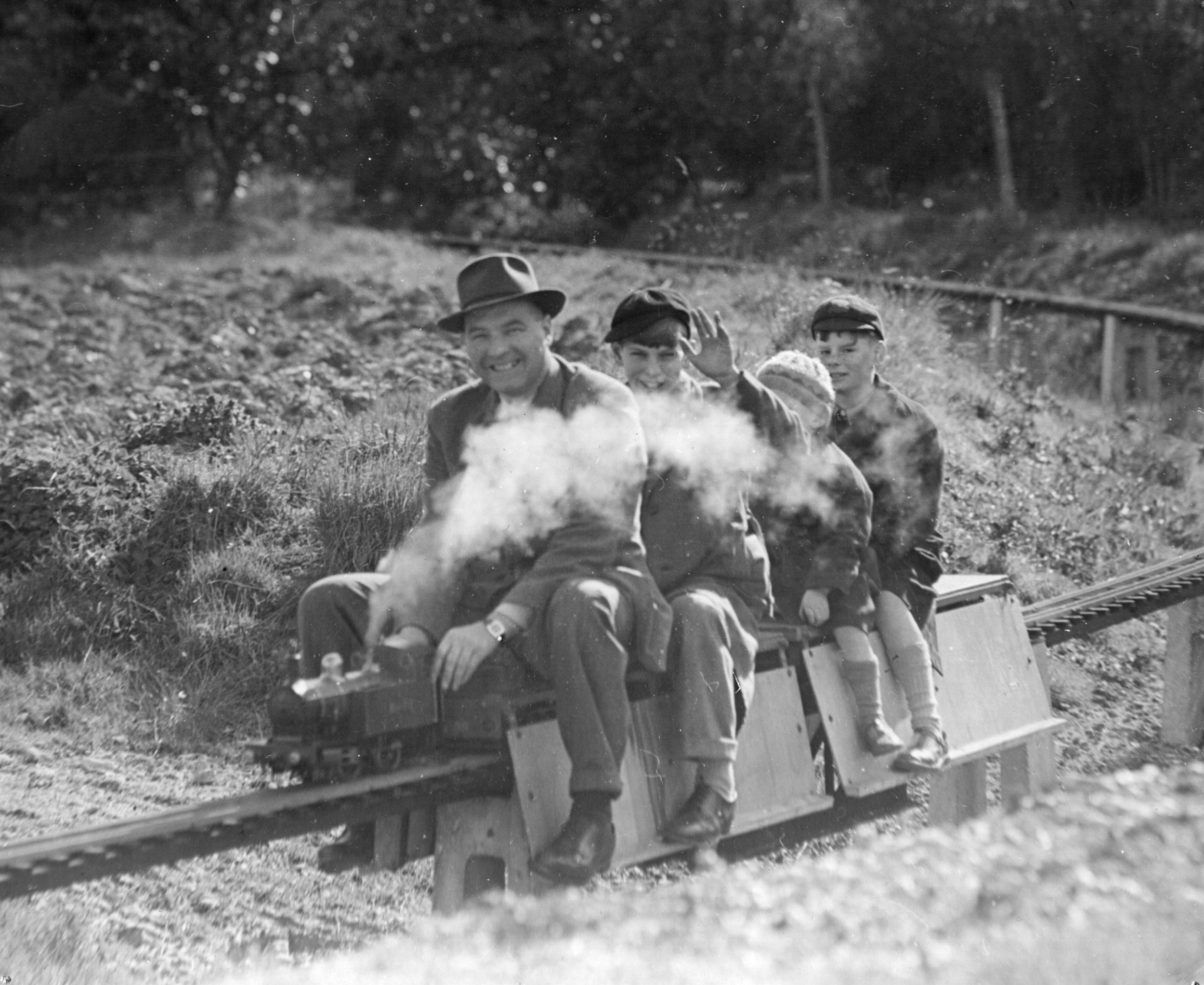 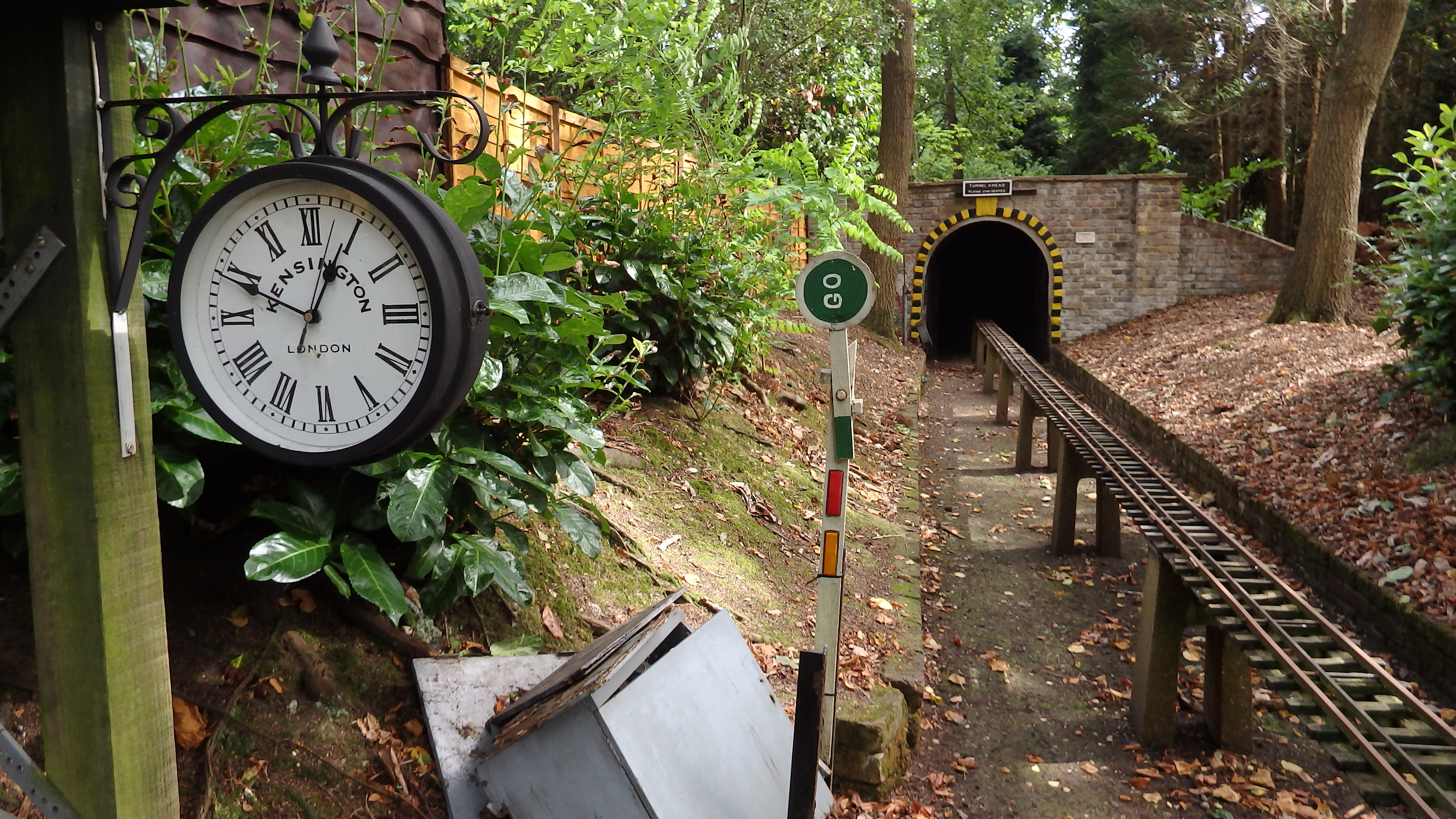 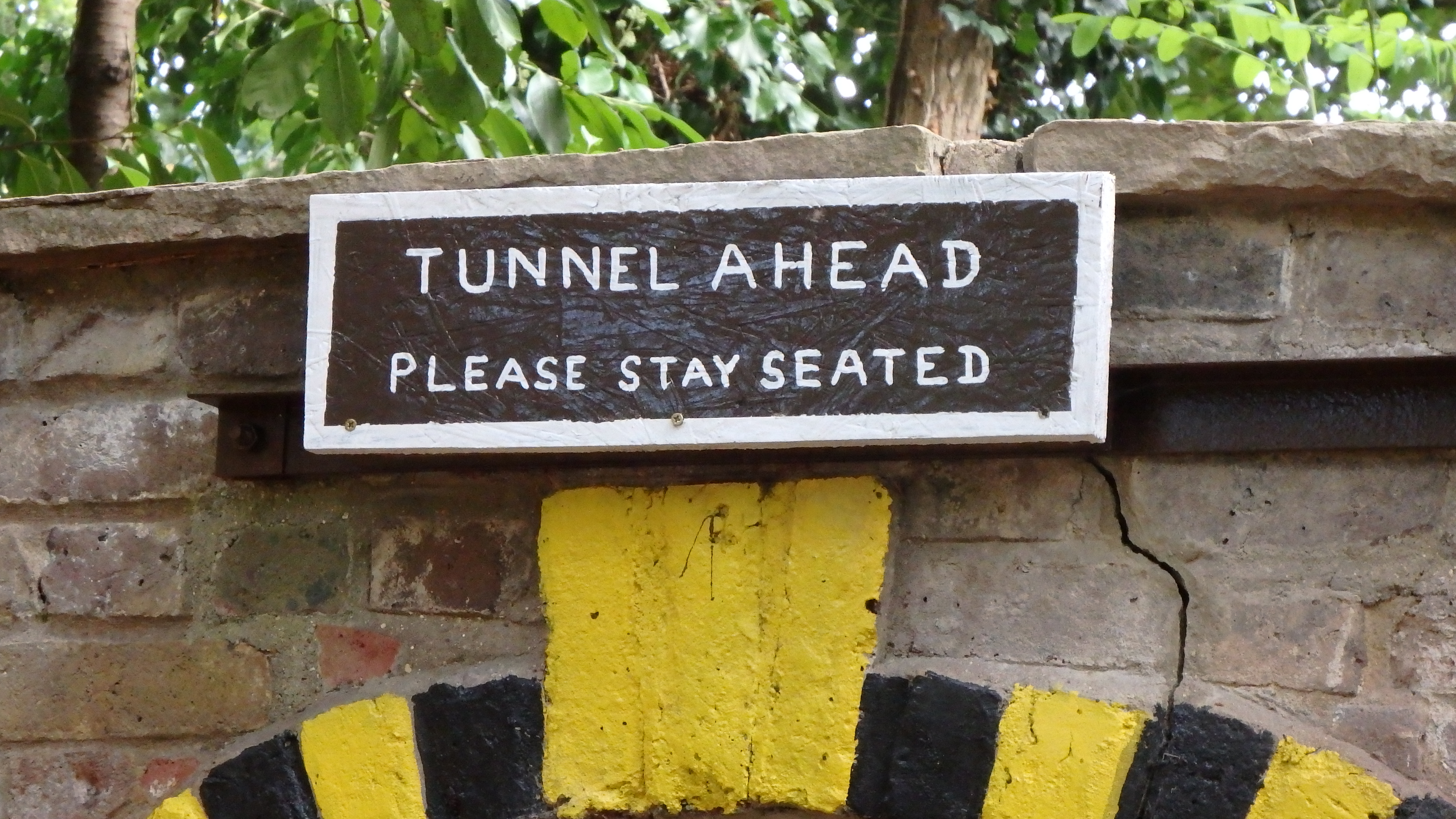 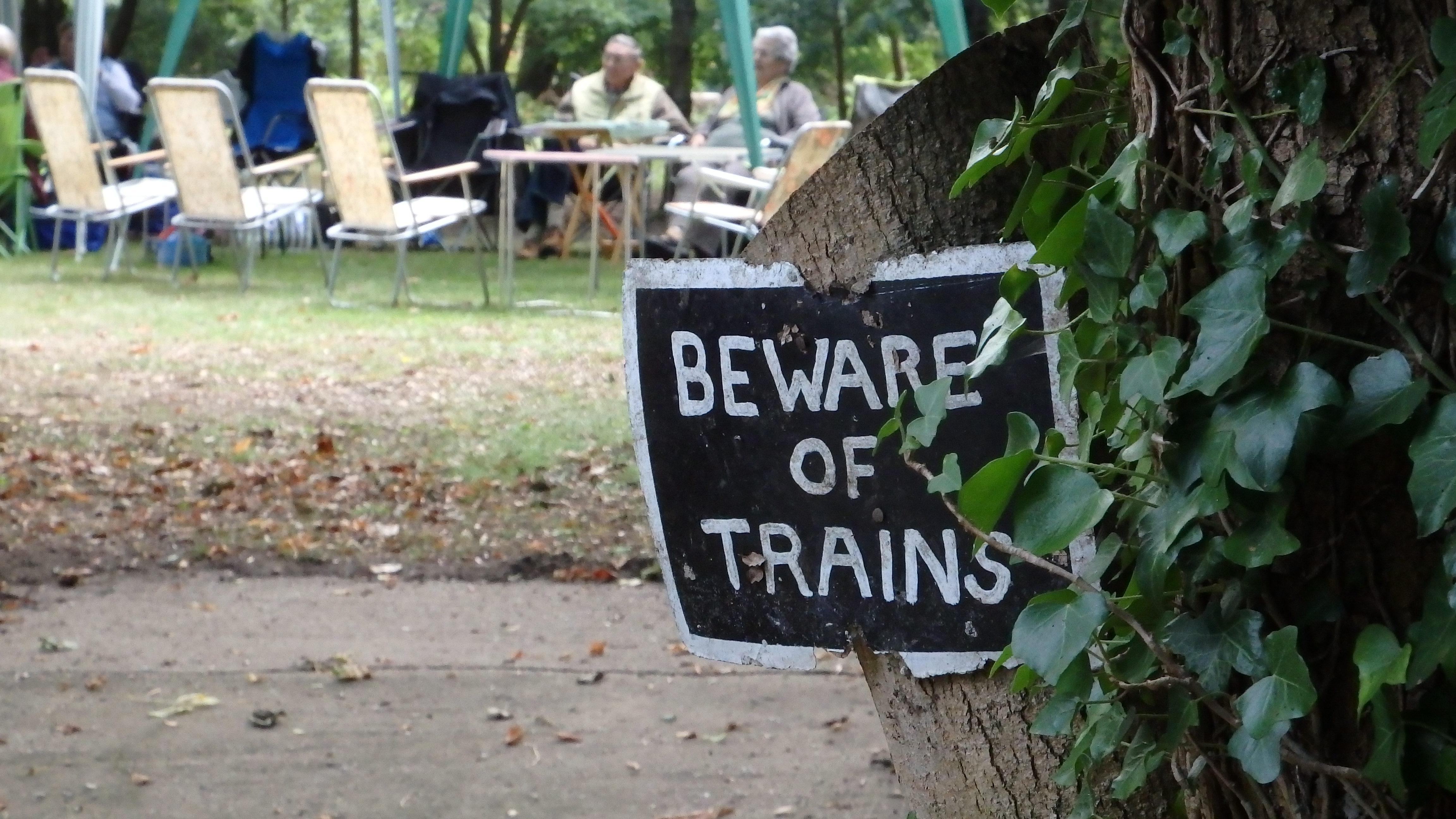