A report by Rob Briancourt 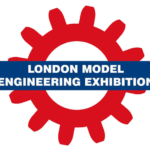 At the January meeting I promised that I would report back to the SADMES club committee on the London Model Engineer Exhibition.

This is my personal view of the event but it also includes the view of a well-known and frequent exhibitor at the show.

As you are aware the society chose not to display at the recent London Model Engineer exhibition at Alexandra Palace in January. I understand that the reluctance to attend the 2018 show was based on the poor organisation of the 'get-in' and 'get-out' process by the show organisers that took an inordinate amount of time to complete and as a result seriously delayed and inconvenienced those club members involved.

This was something of a disappointment to me because I was looking forward to showing my RAF Crash Rescue Tender along with other fine exhibits from other members of the society. However, I was invited to display my model as a guest of another club. That club was the Blackheath Model Power Boat club, run by a much respected person in the model world with whom I have become a good friend and acquaintance. During a conversation with Phil Abbott, otherwise known as 'Steamboat Phil', at the International Boat Show in Warwick I explained the clubs decision not to attend the 2018 show and he very generously invited me to display my model as a guest on his club stand, and agreed at the same time to allow me to promote SADMES and its activities. I unhesitatingly accepted his generous offer and he made the necessary arrangements with the show organisers and I subsequently posted various notices on the Model-Boats.com and ModelBoatMayhem.com sites to promote the show and that I would be exhibiting my model at the London show.

Come the day of the show 'get-in' I arrived at the exhibitors 'gazebo' at the gates of Ally Pally at the bottom of the hill at 3pm as advised by Phil and was immediately issued with an exhibitors pass and parking permit and told to go directly to the 'Rose Window' to offload my model. The organisers had already been given my vehicle and personal details by Phil Abbott...so far so good. I was met at the Rose Window by Phil who had arrived a couple of minutes before me and with the help of some of his colleagues we offloaded our vehicles and then moved them to the Ice Rink car park. To my relief the process appeared to be quite well organised and efficient contrary to the reports from the previous year. I do appreciate that I only had a single model to deliver and that as a club there would be many more displays, and especially large items such as locomotives etc. that would take a great deal more time and effort to deliver.

I had agreed with Phil to man the Blackheath stand all day on Friday and again on Sunday but to attend the show as a visitor on Saturday along with my two brothers, both keen modellers in different fields. The Blackheath stand was very well attended by boat enthusiasts, drawn primarily by the excellent display of steam powered 'straight runner' boats and engines and the great character that is Phil Abbott, who it seems is known by, and knows just about everyone in the modelling world! My own model display was supplemented by a digital picture screen showing 'photos of the model in construction and a spread of SADMES promotional leaflets provided to me by Roy Verden. Some people told me that they had made a visit to the Blackheath stand specifically to see my model because they had avidly followed my build blog on the Model-Boats site and were keen to see the model 'in the flesh' which was very flattering to hear. The stand was also visited by many members of other exhibiting clubs and I had many good discussions with them on all aspects of model boat building.

I'm happy to report that all 40 or so of the flyers provided by Roy were taken by visitors, many of whom asked questions about SADMES and at least two that enquired about membership. I'm also delighted to report that the exhibition judges awarded the Blackheath stand the honour of 'Third Best in Show'. Phil Abbott very generously suggested that my model greatly contributed to meriting the award and I'd (modestly) like to think so too. He was unrestrainedly smug about it to all of his friends and associates who offered their congratulations!

At about 4pm on Sunday the organisers announced the closure of the show to visitors and as they departed we started breaking down the display, my single model was very quickly packed away in its transport case but I went on to assist with the packing of some of the Blackheath models. Phil thanked me for my efforts and suggested that I retrieve my car from the exhibitor’s car park in 'The Paddocks' to load up and go. The courtesy bus to the car park runs every ten minutes as a round trip, and having retrieved my car and the steward 'punching' my exhibitors pass I was then authorised to drive up to the main building and join the short queue and wait my turn to drive up and around the front to the Rose window to load my car. The weather at this point had changed from quite heavy snow to a very cold and persistent drizzle and I felt rather sorry for the bedraggled marshals that were directing larger and smaller vehicles to either the loading dock or the Rose Window.

I estimate that the length of time between breaking down and packing away my model and finally departing the venue was less than an hour and this included the courtesy bus round trip, queuing, loading and the social graces of thanking the Blackheath club for their hospitality. It is difficult for me to make a true comparison of the organisational efficiency of the process as I was not part of the previous year’s club attendance but I can say from my personal experience of the 2018 show that it did seem to be a quite well organised process, atrocious weather notwithstanding.

I asked Phil for his opinion on the organisational changes made since last year and this is his view:

"I thought this year went slightly better than last year, but however that was mainly due to the fact that having been through the hoops last year we had got experience of how the system worked. This was of course that coming through the rose window you had to first go right down to the bottom of the hill to collect your pass, as we did this year, imagine the chaos if you did not know the system (as last year). In my opinion the system is still flawed but with hindsight it sort of works. I will be contacting the organisers re this fact, as nowhere in their pre-exhibition information did it inform exhibitors of how to obtain their passes, or indeed where to go. With luck they will take comments on board for next year, I do know however that some of it was beyond their control and they were dictated to by Ally Pally, so fingers crossed".

I was expecting chaos but was met with relative calm, I had a very enjoyable time at the show, bought some useful tools and materials from the traders, met some fellow club members, made a lot of new friends and exchanged ideas and experiences that will be very helpful to me in the future. All of which is the main purpose of attending such shows. Furthermore it was also a great opportunity to promote the club and its members, and hopefully my efforts I inspired would-be model makers and potential new club members.